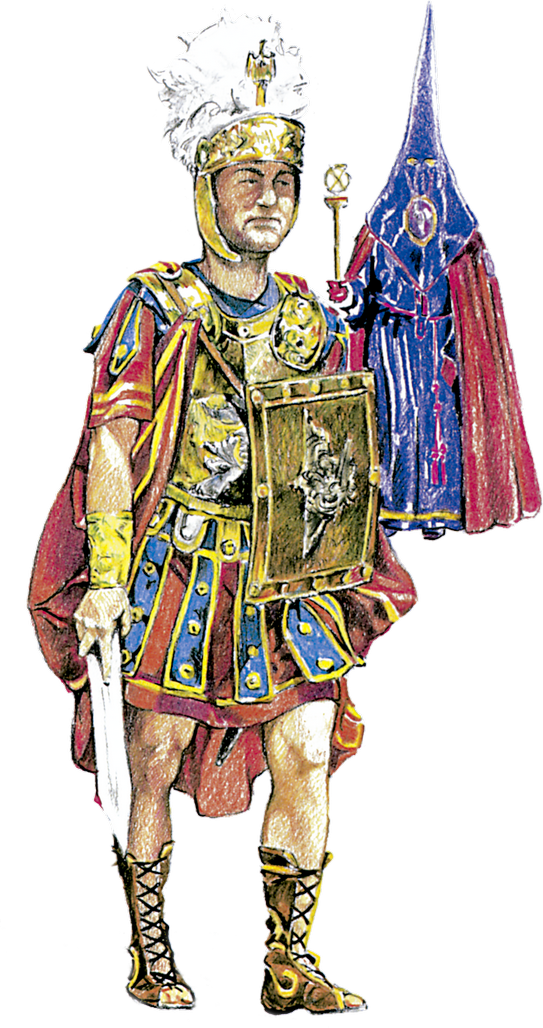 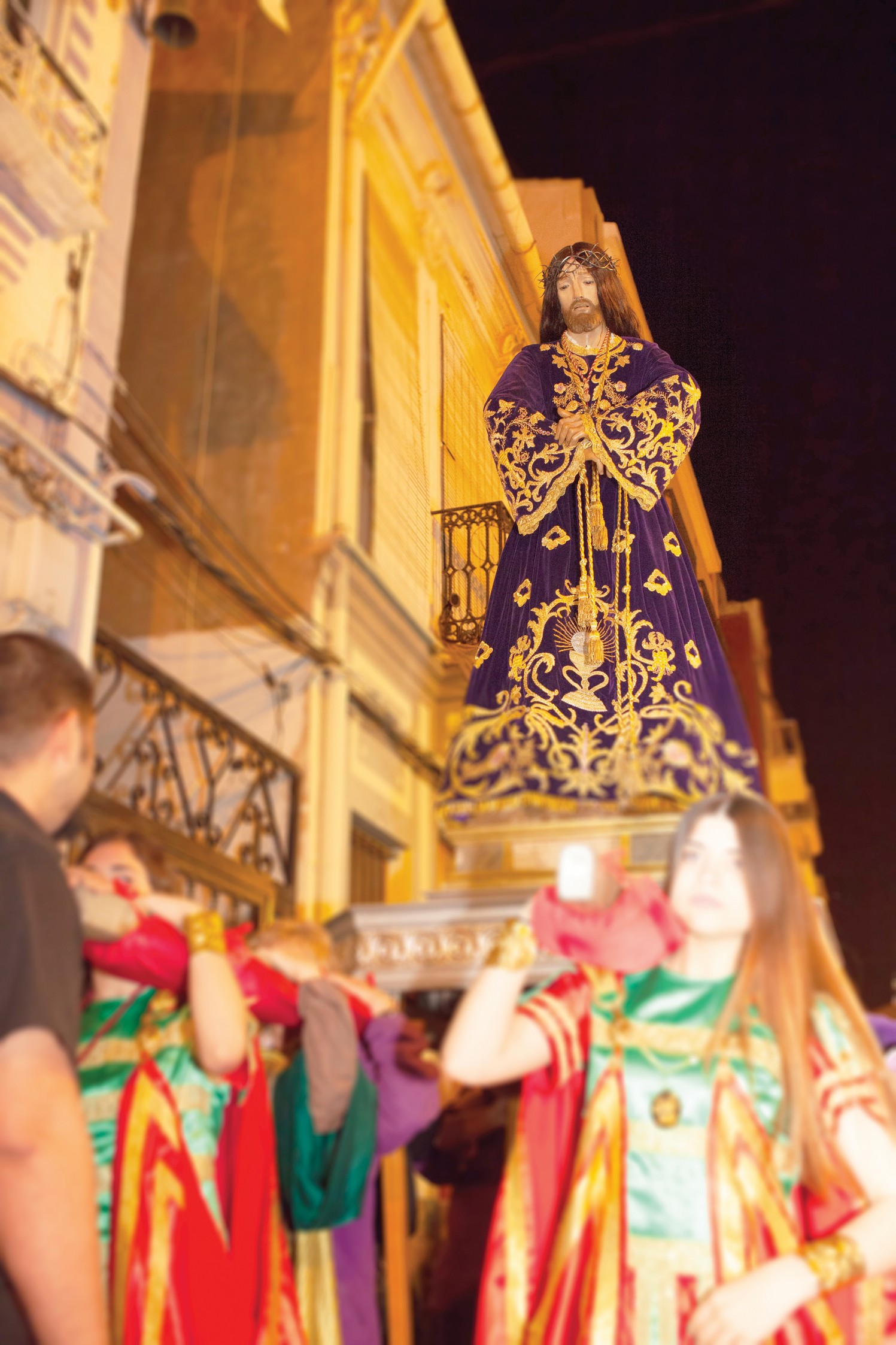 The Corporation of Praetorians was founded in 1927 by a group of port workers. After a hiatus during the Second Republic and the Civil War, this Corporation was reorganized and started participating again in processions in the Maritime Holy week of 1959. The Section of Penitents was created in 1982 and Praetorian women have taken part in the processions since 2001. Holy Tuesday is the big day of the Corporation. The Procession of the Torches takes place on the night of Holy Thursday since 1986. Here, the arrest of Jesus and his taking to Pilate is staged. The procession march “Corporation Anthem” was played for the first time in 1990. In 2004 Antonio Labaña Serrano sculpted a facsimile of the throne. 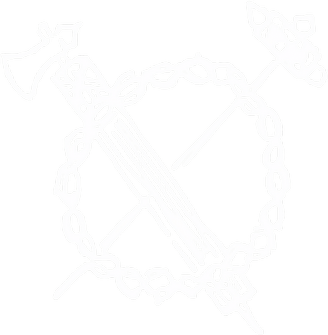 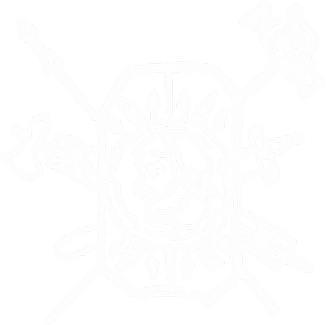