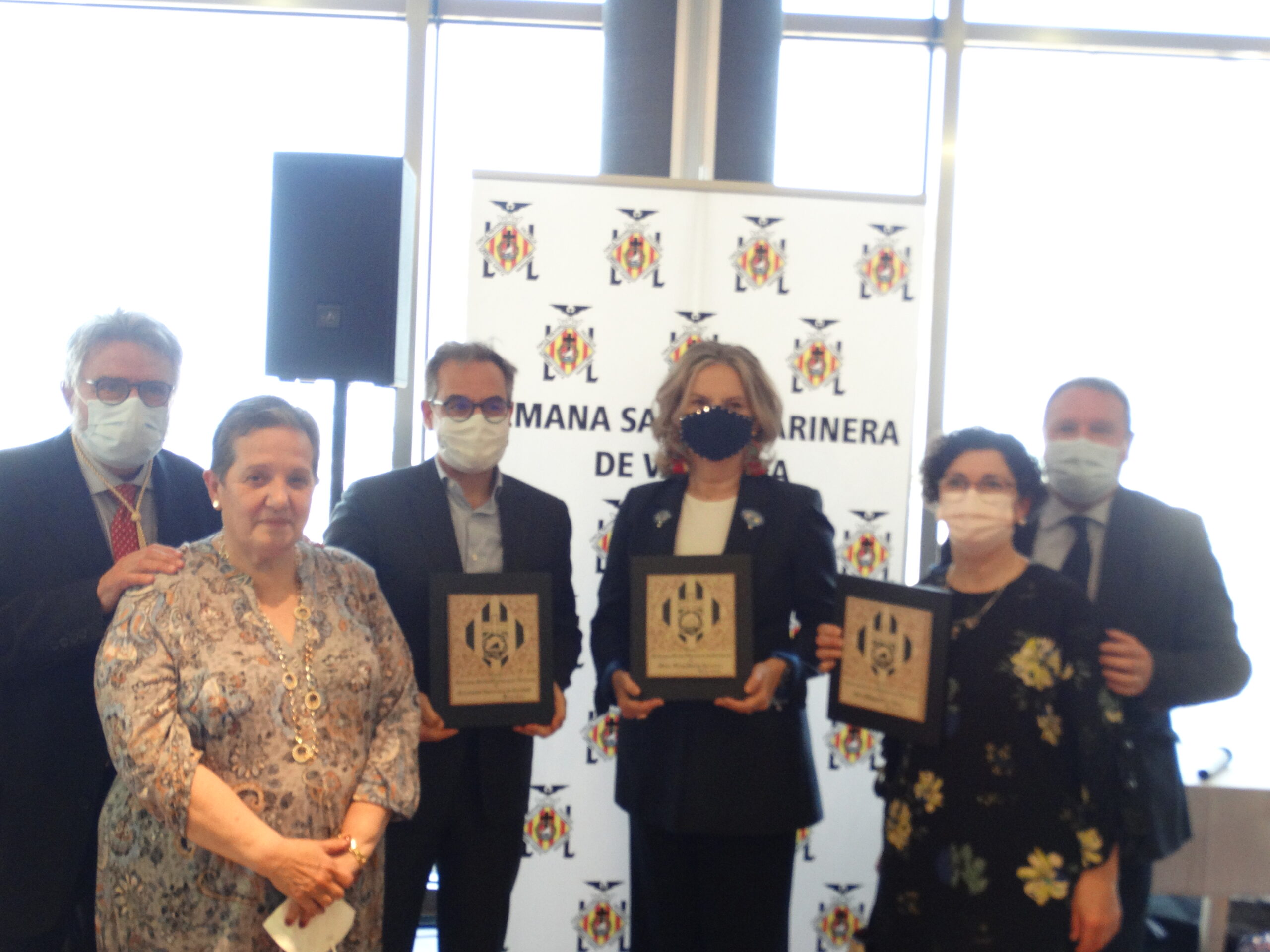 In this edition, the awarded personalities are Ms. Pilar Matero Herrero, PhD in Chemistry from the University of Valencia and the Higher Council for Scientific Research whose humanitarian vocation has made her a reference in research to eradicate deadly diseases that spread due to poverty in third world countries.

The Major Meeting also recognized the figure of Dª Amparo Edo Biol, interpreter, composer and director of music that participated by videocall in the act in which her parents received the award of the Marine Holy Week from the USA.

For its part, as a group involved in the solidarity to alleviate the most needy in the difficult situation generated by the pandemic of the Covid-19, the Semana Santa Marinera awarded the Valencian Association of Charity, non-profit organization with more than one hundred years of history.

Among the authorities present at the event, were the President of the Corts Valencianes, the Molt Excel-lent Enric Morera and the Deputy Mayor of the City of Valencia, Ms. Sandra Gomez, as well as representatives of all political groups represented in the City Council. Together with them, the Brigadier General, head of MATRANS and Military Governor of Valencia and Castellón, Mr. Miguel Angel Guil Arcía, the Illustrious Mr. Alfredo Crodón, Commander of the Navy of Valencia and Castellón as well as Mr. Alberto Cabeza Ruano, chief commissioner of the Local Police of Valencia and Mr. Eduardo Russu Berlanga, chief commissioner of the Seventh District Unit.