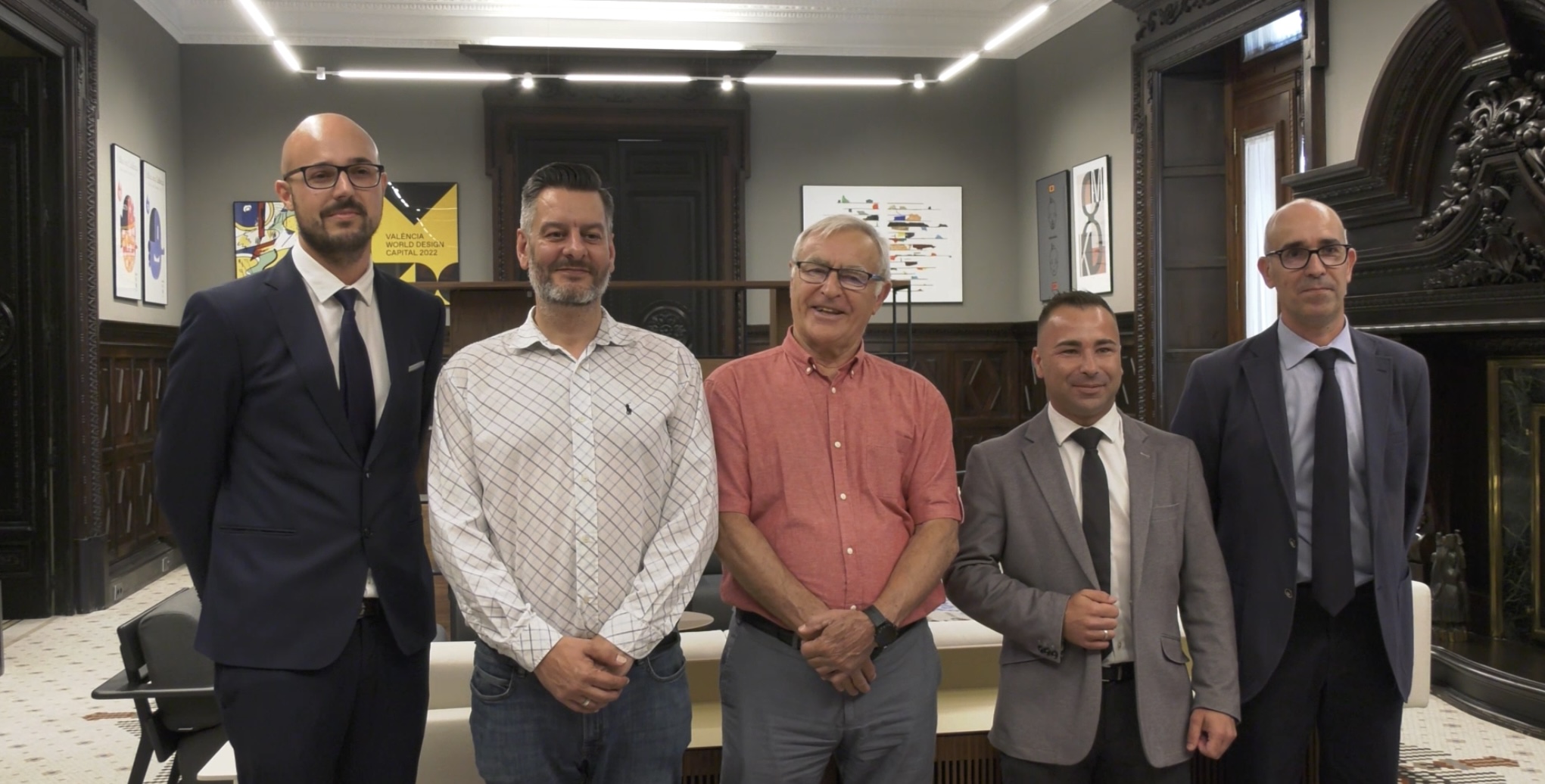 Genís has taken advantage of the reception to present to the mayor and the mayor of Festive Culture part of his project, highlighting the importance of creating a solid image of the festival without distorting its essence. “Our intention is that the Semana Santa Marinera is present throughout the year. For it, we are conscious that we must offer a cultural and festive program of quality without losing the spirit and the tradition that characterize our celebration”, has explained the president. To this end, he has insisted that the involvement and support of public institutions are very important to meet that goal. “Meetings like these are necessary to maintain a constant collaboration between both institutions. The Semana Santa Marinera is the second cultural event with more participants in the city of Valencia and we need to continue to have the support of the Public Administration if we want to extol and promote our festival.” Genís attended the meeting accompanied by his first vice president, Alejandro Lorente, and the general secretary, Sergio Duval.

For their part, Ribó and Galiana have reiterated the commitment of the local government with the Semana Santa Marinera, declared a Festival of National Tourist Interest and Gold Medal of the city of Valencia. The mayor recalled that “this support is embodied in collaboration agreements to keep the tradition alive”. In addition, he has taken the opportunity to congratulate Carles Genís and his team, composed mainly of young people, for taking the reins of the Junta Mayor de la Semana Santa Marinera de València.

It is necessary to remember that the General Assembly of the Holy Week Marinera of València ratified Carles Genís as new president of the Major Meeting last June 14, becoming the youngest president in the history of this meeting. In this way, Genís took over the position from Pep Martorell who had been president for three years and who also worked to promote the visibility of the Semana Santa Marinera de València.